When confronted with a complicated task, the first response of any developer is to dive in and start coding. This is precisely the wrong thing to do. I might sound hyperbolic, but it’s true. Every single design plan I have ever seen has resulted in a better understanding of the problem, and more importantly, a better solution delivered faster.

What is a design plan?

A design plan is a short document describing a proposed implementation of a new feature or refactoring. They’re a developer’s equivalent of an artist’s sketch or a writer’s outline. A good design plan will cover three things:

Design plans are a manifestation of the principle “move slow to go fast”. Work done carefully and deliberately will be more efficient in the long run than the alternative. The act of putting together a design plan forces you to stop and think. With a better understanding of the problem and a road map forward, you can avoid writing and rewriting the same code as each path turns into a dead end.

They are also an opportunity to get an early check-in from coworkers. Someone else may have a better sense of this part of the codebase or know a more efficient way to solve the same problem. By documenting your planned approach, you can share it with them before building something you’ll only have to take apart later.

What is it not?

It’s not pseudo-code. It doesn’t need to be so granular that you cover every operation that your code will eventually call.

It’s not a high-level project architecture. Those are good too! But good design isn’t something to be set aside once a project is underway.

In this example, I am pretending that I have an existing TODO List application written with React/Redux. I’m planning to add a feature where some TODO items will be reminders. They’ll look pretty similar to regular TODO items, but if I’m logged into the app when they reach their deadline, I’ll get some kind of alert. 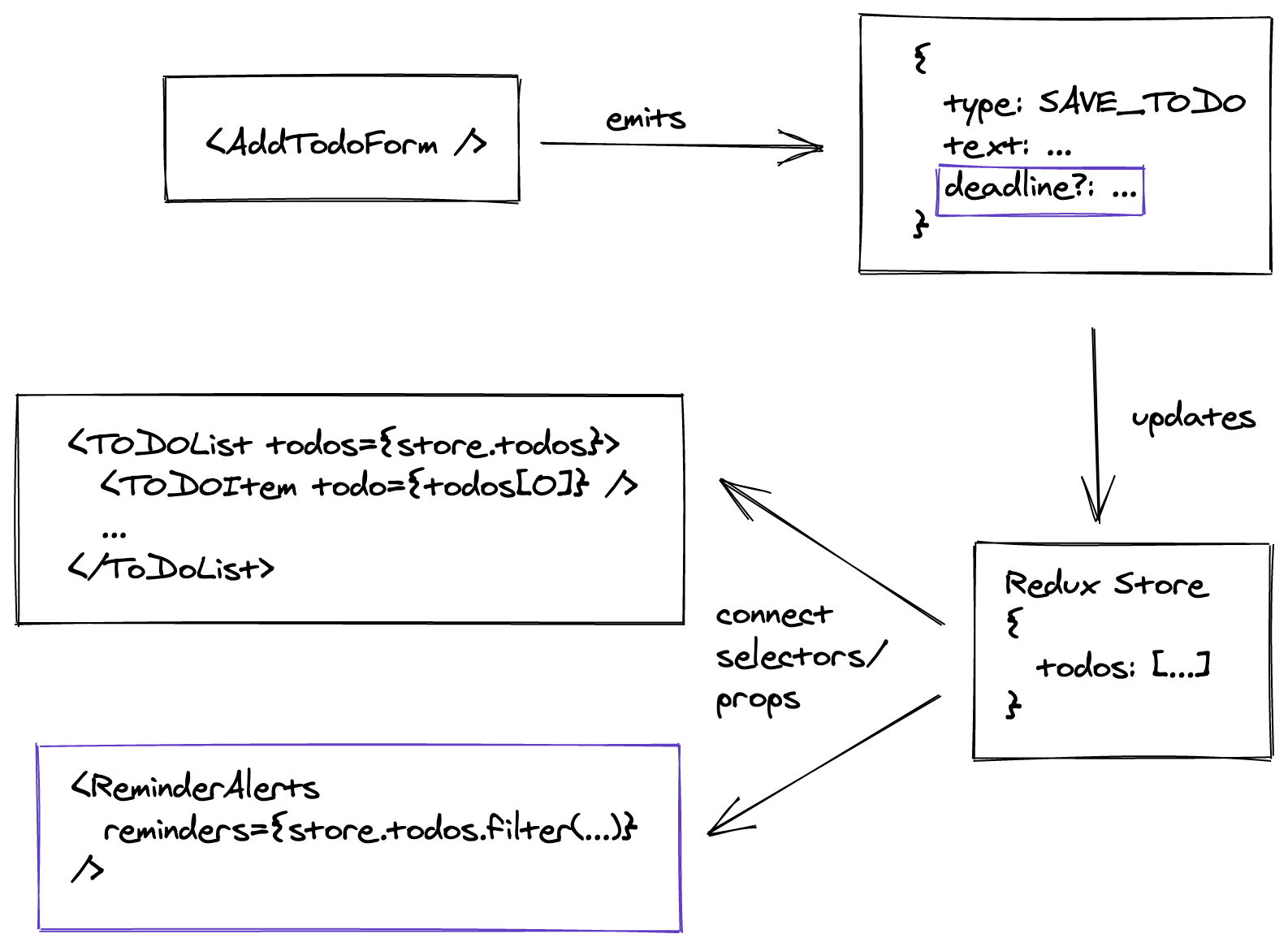 The above plan is pretty rough, and despite describing a non-existent codebase, it didn’t take me long to write. But it describes most of what I’m going to have to do and gives me something to show to my coworker when I go to them and say, “I think my ReminderAlert component is doing too much.”

I have yet to find any single technique for junior and mid-level developers that will improve code quality as significantly as writing design plans. For senior developers, I have yet to regret writing one and can think of several off-hand that I wish I had written.